Vietnam is popular for its picturesque islands, mesmerising Buddhist pagodas and War history museums. While I was contemplating the images of one of its impressive city, Ho Chi Minh, on Instagram, I got a feeling that this place will change my perspective towards life and surprisingly it did. At first, it looked pretty much like any other modern city but over the years, it has transformed into a young and high energy city. It has the ability to consume visitors with its culture and commerce. Our pit stop was at Hotel Majestic, built in 1925, this French colonial design stands elegantly on the banks of Saigon River. 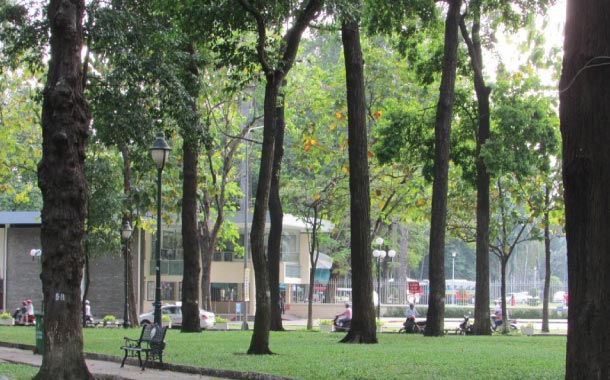 By noon we decided to take the city by storm. Armed with our camera and the city map, we set foot to our destinations. The hotel staff advised us to be careful of thugs on motorbikes. The plan was to visit The Reunification Palace, War Remnants Museum, Opera House, Central Post Office, and the Notre-Dame Cathedral. Apart from the plan, we were to mark our presence at Hard Rock Cafe, Burger King and the malls. 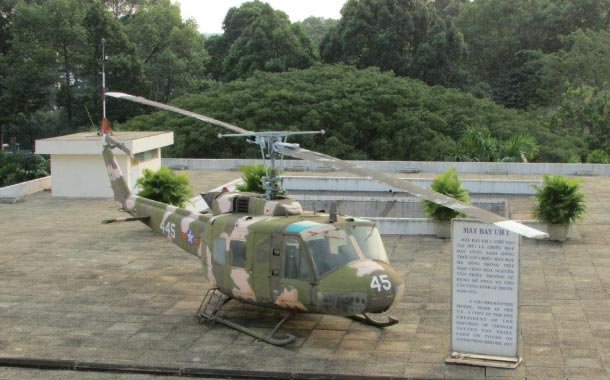 It was time to have tea with the President!! We reached the Reunification Palace, a city landmark that has opened its doors to tourists post independence. The only tea one gets is in the canteen on the palace roof. On display, are Vietnamese T-54 tanks at the entrance, and fighter air crafts parked on the well manicured lawns. The grandeur is astounding from the President’s office to Banquet Chambers to Cinema or Projector Room to Bedroom, everything was mind-blowing. 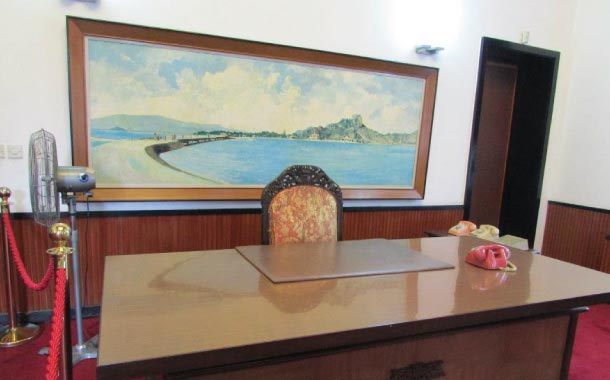 My favourite part of the palace was the underground war rooms built below one section of the palace. There is his office, communication centre, bedroom, firing range, and the works. In fact, I tried to sneak behind the Presidential desk to sit in his chair to get the feel. But by the time I got there, a loud voice in the Vietnamese accent said, "Sir, please don’t attempt to sit on that chair", and everyone in the room stared at me. Embarrassment came with a whole new meaning, it was time to gather all my leftover pride and do the walk of shame through the narrow passage towards the exit. Forgot to mention, on the roof they have placed an actual model of UH-1 (US Helicopter) that was used by the President for inspecting his region.

Little ahead from the Palace is the War Remnants Museum that has well curated images of war and it describes the atrocities. The Museum is a bit depressing and it ends-up bringing out mixed emotions; of anger and sadness. In the front courtyard, a few captured US military equipments like Jeeps, Helicopters, Fighter and Transport air crafts are put on display. We had to reset our mood, so we decided to grab a bite at Hard Rock Cafe. Vietnamese people are over enthusiastic, despite all the troubles and unrest their forefathers have gone through, they are a bunch of happy people; always inquisitive, willing to interact.

Next stop was the Central Post Office; when I say ‘huge’, it’s an understatement. French did a great job with columns, 50 feet high ceiling, and the spectacular art work. The place was packed with people both locals and tourists. Great place to buy souvenirs like postcards, stamps, etc. It also houses wooden telephone booth installed with latest pay phone.

Across the street is the Notre-Dame Cathedral, another architectural marvel with two bell towers. It is hard to keep one’s head down, such amazing craftsmanship on the walls, and windows. It is so peaceful inside, even though it stands along a busy street. All the prominent structures were built by the French but the Vietnamese government and its people have done a fabulous job in preserving them. Towards the end, though exhausted, we had great smiles on our faces filled with contentment and gratification.