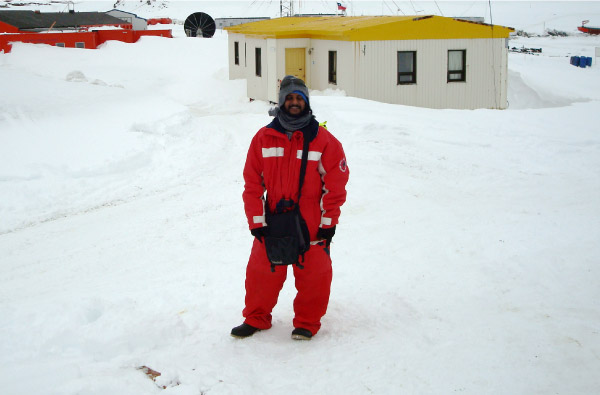 Bangalore-based gospel musician Benny Prasad holds the world record for having travelled to 245 countries in the shortest period of time. He completed this feat in six years, six months and 22 days. Here, Prasad lists few of his favourites – among the most popular to least popular tourist destinations of the world.

The Pitcairn Group of Islands, a group of four volcanic islands in the Southern Pacific, is really remote – they are farther from any continent. Getting to Pitcairn, the only inhabited island of the four islands, is quite a challenge and the only way to reach there is by boat. The nearest airport is at Mangareva, in the Gambier Islands, and it is around 500 km away. From Mangareva, you can take the passenger/shipping vessel that sails to Pitcairn every three months. It takes almost two days to reach the island. You see nothing but the ocean on your way, and once you reach Pitcairn, it is like reaching paradise. Pitcairn doesn't have a harbour, so once you near the coast, you are transferred to smaller boats that are more suited to negotiate the choppy waters. The island is just about 3.2 km long and 1.6 km wide, and when I was there, there were just 66 people living on Pitcairn – apparently it’s the least populous national jurisdiction in the world.

I flew into Antarctica from Punta Arenas, the capital of Chile’s southernmost region. I was lucky, I didn’t have to wait for days for my flight to take off and the airplanes only fly to Antarctica if the weather is deemed fit for take-off. The journey to King George's Island, in Antarctica, takes about three and a half hours. At one point during the journey, I saw the pilot peering through the window of the cockpit. When I asked him why he was doing that, he said he was trying to locate a break in the clouds so that he could land! Every time an aircraft takes off or lands on the island, the runway has to be cleared of snow. My itinerary included a visit to the Chilean and Ukrainian bases where I met the scientists. You really have to appreciate the work they do, holed up in their cabins in temperatures that can drop to -60C and in extremely windy conditions. Though we visited Antarctica in summer, we still had to rent protective warm gear. We sailed around mighty glaciers and got quite close to the penguins. Apparently, they assume we humans are just another kind of penguin!

It is rare to find so much beauty concentrated in one country. You can ski in winter and trek in summer. I also enjoyed the local food: my favourites were the cheese-based raclette and fondue. Since Indians are known to like spicy food, I was given chillies with my fondue. Le Barbare, a café in Lausanne, serves, I think, the world’s best hot chocolate, and I savoured the drink while gazing at the Cathedral of Notre Dame of Lausanne, one of Europe’s most beautiful cathedrals.

I have visited Dubai more than 30 times, and every time I am struck by the amount of work, thought and expertise that went into converting it to such an amazing world destination. You have to remind yourself that you are actually in a desert and that is what I find fascinating. You can find a range of hotels in Dubai, to suit almost any budget