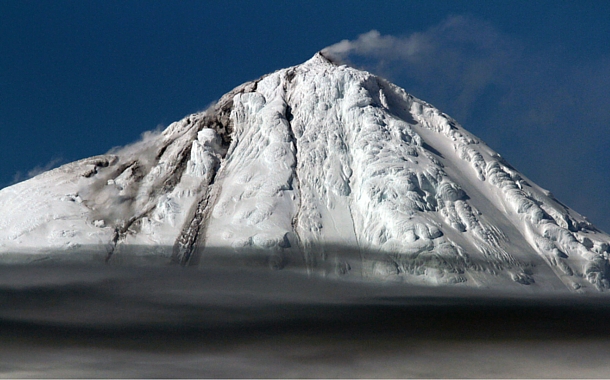 The Heard, an Australian island, nestled in the Southern Indian Ocean far far away from the continent, was living in isolation in the comfort of its cold just like Elsa from the “Frozen”, until Mawson erupted in smoke on account of Big Ben’s pulsating fury, causing an interruption in the cold stiff facade of the Heard Island. A group of scientists had a secret eye on the island, and, lo and behold, their cameras found news to capture. In no time, Big Ben made the headlines.

The Heard island falls in the Australian territory to the north of Antarctica, and is remote and largely inaccessible. The Scientists captured the lava emanating from Mawson Peak and flowing down the flank of Big Ben glacier. Although the Big Ben is known to have erupted three times in the last fifteen years, this one was a rare glimpse of ice and fire. Located 2,547 miles to the southwest of Perth in western Australia, and approximately the same distance to the Southeast of Madagascar, Big Ben features in the list of most remote places on earth, and the records state that nobody has set foot on it in almost 30 years.