5 Proofs that the real Jungle Book was set in India 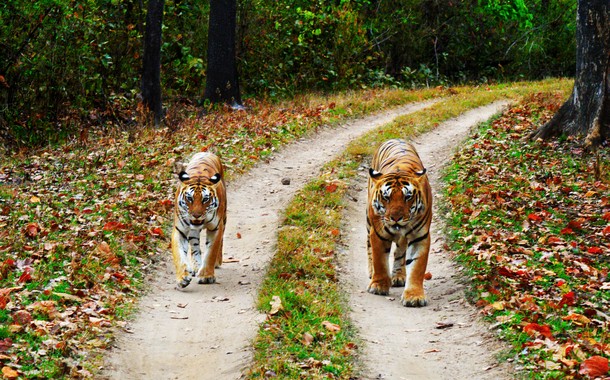 A sense of nostalgia hits you as you enter the burgeoning woods of Kanha Forest Reserve. Kipling’s literature was largely based on these jungles and more often than not, you are reminded of The Jungle Book. Kanha is nothing less than the dramatic tale of Baloo, Bagheera and Shere Khan. For years, this quintessential classic has filled our memory with reigning moments of ecstasy. And right here, in the woodlands of Kanha, you will find that story of The Jungle Book come alive.

A verdant jungle sprawling over 1,940 sq kms, Kanha boasts of a thriving biosphere comprising of some endemic plants and animal kingdom. You know you are in Kanha when you see sky-high Sal trees. Kanha’s core area is 940 sq kms which is twice as large as Bandhavgarh’s core area.

1. The flora and fauna of Kanha inspired Kipling's lead characters 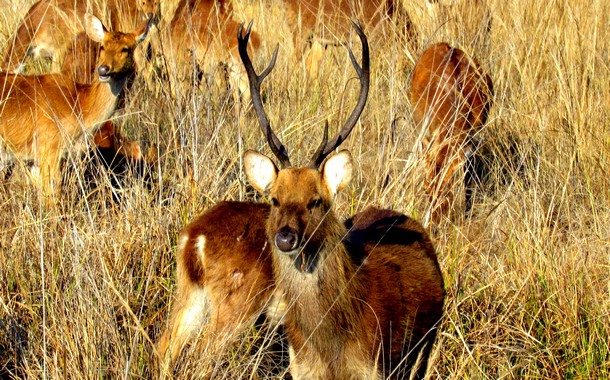 Endowed with Asia’s best wildlife, Kanha is renowned for its tigers. Apart from that, it is popular having the most number of Indian bisons and barasingha, the swamp deer. Barasingha, the hard ground variety, once under threat, was conserved with great effort here. Other species found here are spotted deer, barking deer, chausingha, black buck, nilgai, hyena, leopard, sloth bear, jackal, fox, mongoose, langur and red faced monkey among many others. Birding enthusiasts will be amazed to see storks, mynas, jungle peacocks, drongos, egrets, doves, quails, woodpeckers, bee-eaters, owls, kingfishers and herons. Apart from Sal, the deciduous forest boasts of bamboo trees and acres of rolling plains. Kanha is home to more than 600 species of flowering plants.

2. You are most likely to see Shere Khan at the Kanha Jungle Safari 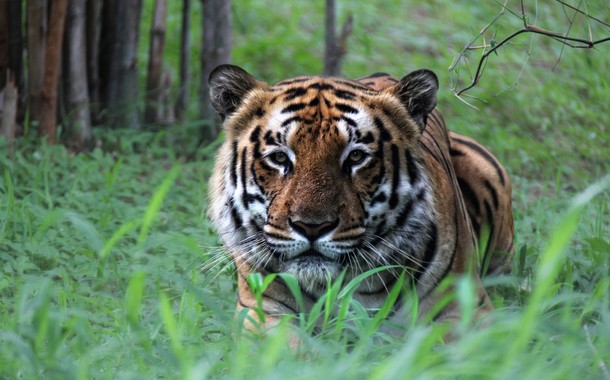 There are 4 zones in Kanha - Kanha, Kisli, Sarai and Mukki. The most popular zones with high tiger-sighting probability are Kanha and Kisli. The park is open from sunrise to sunset. Ergo, depending on the seasonal and climatic variations, the safari timings vary. Carrying your ID proof and safari confirmation slip is mandatory, failing which you will not be permitted to attend the safari. The cost of 6-seater jeep is equally distributed amongst all participants. You may even hire a private vehicle for the full price. Kanha also has canter bus services which for large troupes. Read our insider tips on how to ace your safari ride and become a pro!

3. The 'antler gate' and the museum at Kanha's centre point will give you a peek into Jungle Book's history 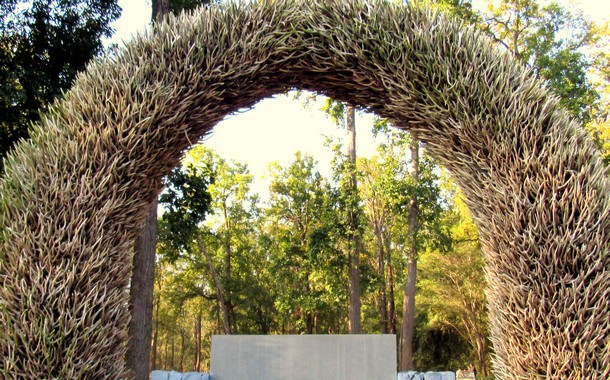 During your safari break-time, you will be taken to the centre point. Kanha’s centre point is not merely a junction to freshen, but it is equipped with a museum and has a fascinating arched installation made from shed antlers of deers, barasingha, stags and many other horned animals. There are more than 10,000 antlers collected since 1960.

4. The summer months orchestrate the story of Jungle Book right in front of you 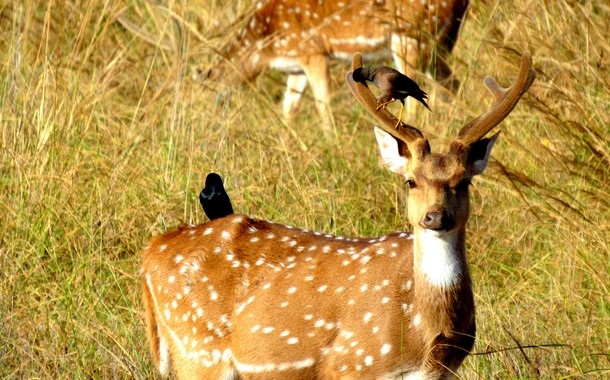 Kanha National Park is open from the months of October to June. The sanctuary is not open to masses in the rainy months. While no one can guarantee you the sight of a tiger, the chances of spotting it increases in the summer months. During the months of March to mid-June, many water bodies inside the reserve dry up, leaving fewer options for tigers. You will see these royal beasts cooling themselves in the water or drinking it to quench their thirst. Many tourists flock during these summer months to capture some award-winning wildlife photographs.

5. The Jungle Book site is located in the heart of India 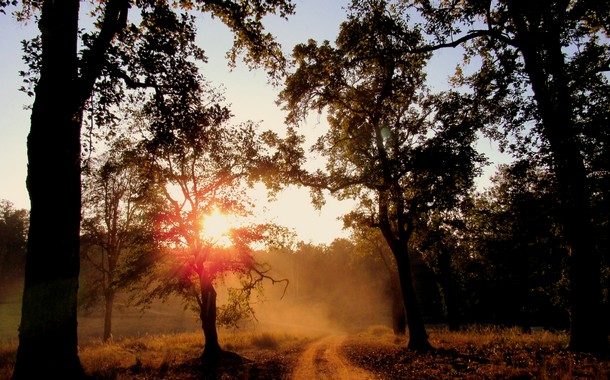 There are several ways to reach Kanha depending on your convenience and budget. The easiest and convenient option will be to buy a flight ticket to either Jabalpur or Nagpur. Although, that can be an expensive option. The tricky part here is to know which gate your accommodation and safaris are booked as the park has two entry points - Khatia and Kisli.

Air: Nearest airport is Jabalpur, from where Kisli is 165 km via Chiraidongri, and Mukki is 203 km via Motinala and Garhi. Alternatively, you can get down at Nagpur Airport, which is almost 260 kms away from Kisli. From here, you will be required to travel by road.

Rail: Jabalpur or Nagpur railway stations are the most feasible while reaching here.