Lost and Forgotten - The City of Petra 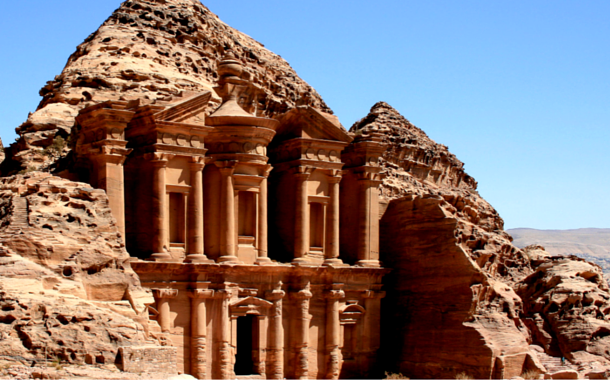 Yet time had once forgotten the city of Petra. Not so long ago Petra used to be bustling with people and activity, like any good capital of a thriving empire would. But little did they know, that soon there would come a time, when the rising sun would cast an illuminating light on the pink walls of the city, and there’d be no one left to appreciate it.

This is the story of Petra. The city that was found, lost, and then rediscovered.

Where it all began...

It’s one of the driest places in the world, yet there was an entire city here, that not just survived, but thrived. When the Nabateans inhabited northern Arabia in 37 AD, they made Petra their capital. The city was carved out of the sandstone cliffs, amidst desert canyons and mountains. The fortress like cliffs which once protected the city, would later become the very reason why the city remained lost and forgotten for centuries.

Home to around 30,000 people, Petra had a complex water system, which ensured people could survive in this dry desert. But like most great things, Petra too eventually began its decline.

Petra began its decline and that too rapidly during the Roman rule. An earthquake in 363 AD destroyed many buildings, including their main water management system which was vital for survival. One by one the inhabitants started abandoning the city. People moved on, and Petra was forgotten.

For centuries and centuries dust gathered on the relics, with the streets and houses becoming home to emptiness. It wasn’t until 1812, when an explorer dared to cross the boundaries, that Petra was found again.

Ludwig Burckhardt, a Swiss geographer had heard rumours of a hidden world amidst the mountains of Wadi Musa. He embarked on a journey that was to go down in the books of history; not just for its daring expedition, but for being the journey that put Petra back on the map.

Today Petra is not just an important UNESCO World Heritage Site, but also an important part of Jordan’s history and culture. It’s also part of the new seven wonders of the world.

If you too wish to witness the beauty of Petra for yourself, take a look at our Jordan tour packages and marvel at the beauty that has millions of travellers gushing.