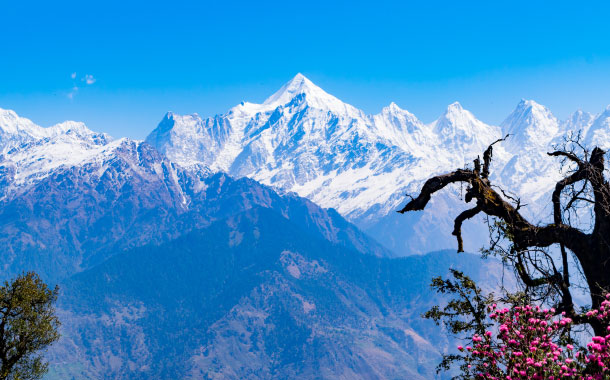 Snow-clad mountains, colourful flora and fauna, splendid lakes, deodar trees, glorious temples, down-to-earth and courageous people are the attributes that define Kumaon, the best. Uttarakhand aka the Land of Gods is made of two regions - Kumaon and Garhwal. Nainital, Almora, Ranikhet, Haldwani, Pithoragarh and Kausani are some of the scenic places that come under the Kumaon region. 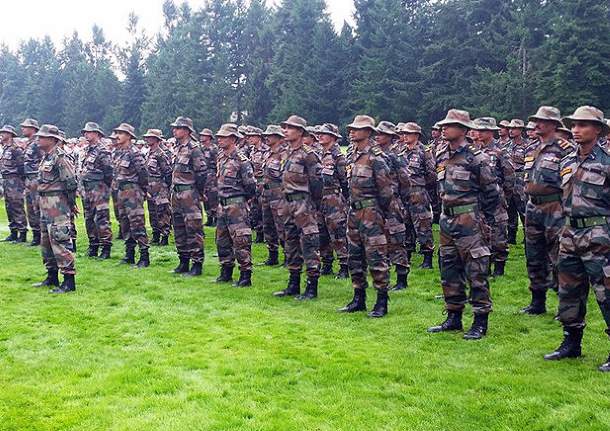 One of the most decorated regiments of the Indian Army, the Kumaon Regiment is well-known for their valour. Apart from the two world wars, the regiment has demonstrated outstanding bravery in the Indo-Chinese War which is being depicted in the Bollywood war drama film ‘Tubelight’ starring Salman Khan and Sohail Khan. During this war of 1962, even the civilians including men and women both in Kumaon were trained to shoot with a rifle. This was the case as the Government of India wanted to ensure an ad hoc military backup in place to meet any emergency.

The word - Kumaon is believed to have been originated from ‘Kurmanchal’ or Land of the Kurmavatar where Lord Vishnu incarnated in the form of a turtle. 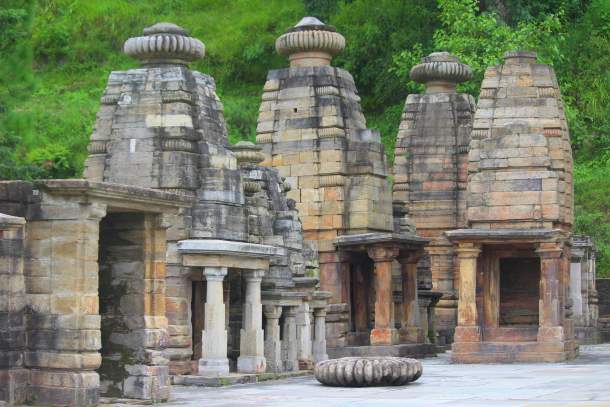 Built in the 9th century by the Katyuri Kings, the ancient Sun Temple of Katarmal, Almora will amaze you by its magnificent architecture. It houses the old Sun God called Vraddhaditya or Burhadita. This 800-year old Sun Temple is well-known for its artistically carved stone and metallic sculptures and sublime pillars and wooden doors. Other than the Sun God, you’ll also see idols of Shiva-Parvati and Lakshmi-Narayana. 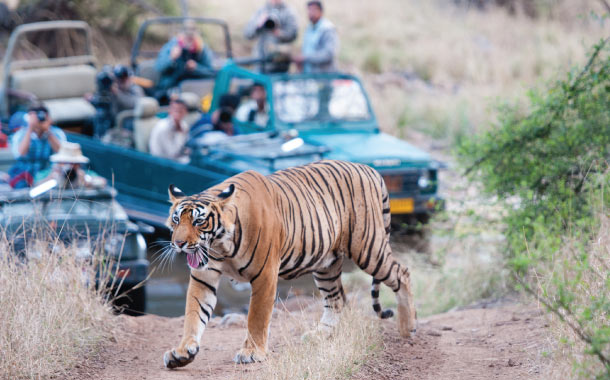 Home to more than 600 species of birds and animals, the Corbett wildlife sanctuary is the perfect getaway for thrill-seekers. Do you recall the 1944 book 'Man-Eaters of Kumaon'? Well, it was authored by hunter-naturalist Jim Corbett which was inspired by his own hunting experiences in this Kumaon region. On your holiday here, indulge in a Jeep safari and spot Asiatic elephants, Bengal tigers, leopards, and many more. The Bollywood natural horror movie ‘Kaal’ starring Ajay Devgan, John Abraham, Lara Dutta was shot in this park. 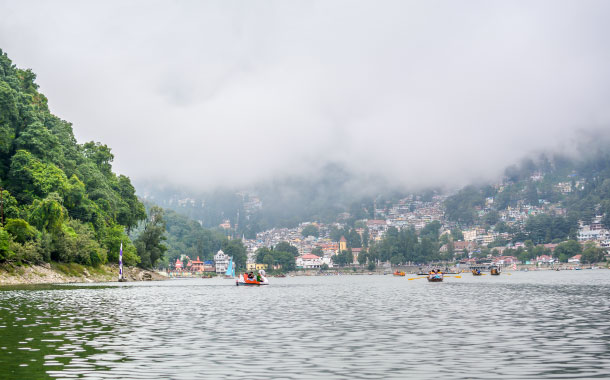 The Naini Lake has attracted travellers from across the globe since time immemorial. According to sources, an English business man named Mr. P. Barron who was on a hunting expedition in 1839 was enthralled when he came across this lake. He found the beauty of this place so irresistible, that he was tempted to build a European Colony on shores of this lake.

6. Chitai Temple (Almora), the Temple of Justice and Bells 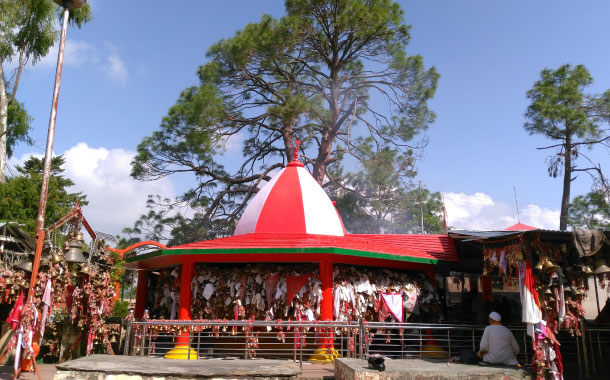 Dedicated to the local deity - Golju Maharaj, the Chitai Temple is visited by a large number of devotees. Renowned as the God of Justice, this deity is believed to be the incarnation of Lord Shiva. People flock to this sacred shrine with their problems written either on a stamp paper or plain paper and tie it inside the temple premises. Once their wishes are fulfilled, they revisit the temple and happily offer a bell to the deity. 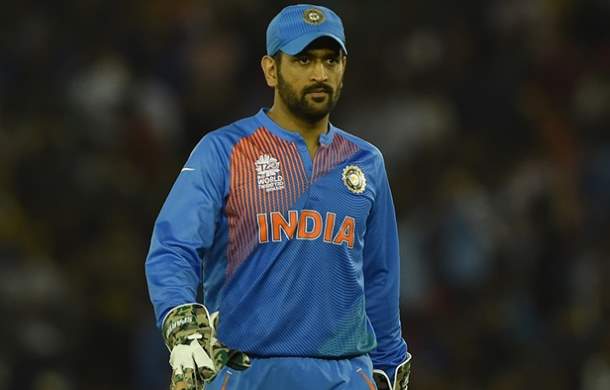 We have the best match for No.7, Mahendra Singh Dhoni. This cricket genius and one of the best captains of the Indian Cricket Team originally hails from Lawali, (Almora) in Kumaon. His parents later moved to Ranchi where he was born. 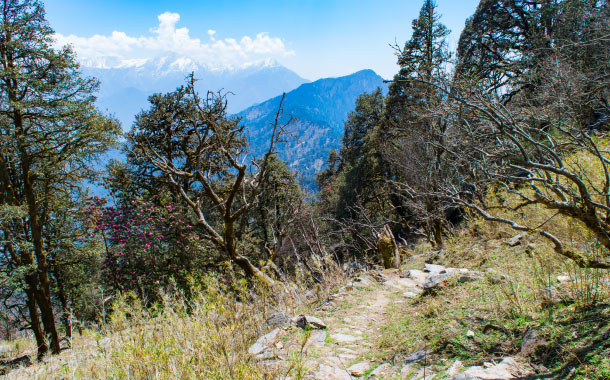 There’s no better thing than a trek in the Himalayas. If you’re into hiking, then go for Khaliya Bugyal. Experience wilderness as you pass through forests and be awed by the majestic views of Panchuli and Rajrambha peaks. The best part of this hike is the sunset view when the snow-clad peaks change colours from white to pink to golden.

9. Bal Mithai and Kaphal for your sweet tooth 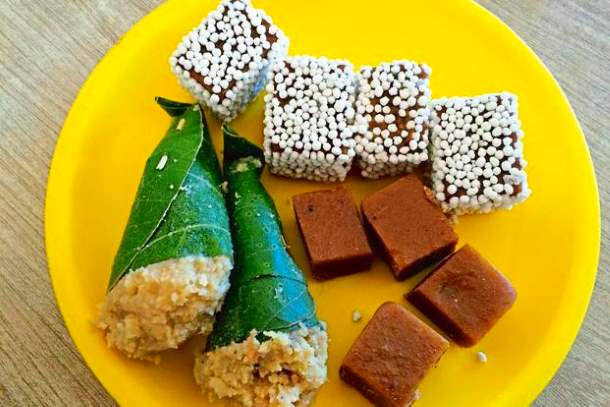 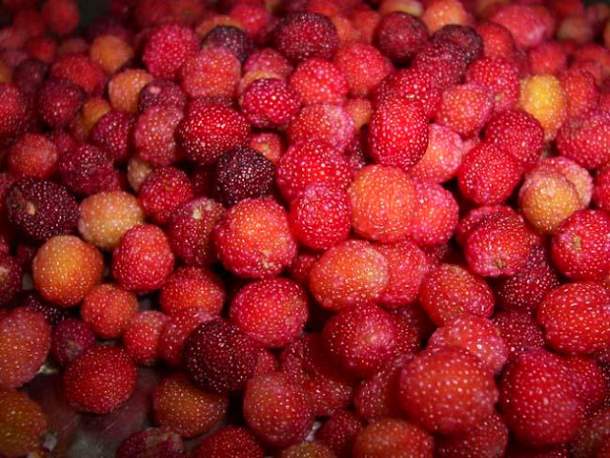 Kaphal or Kafal is a red-coloured wild berry which is ready for consumption in April and May. It tastes yum; the flowering or the growing season begins from February and continues till April. These cute little berries ripen by April or May.

Plan your trip to Kumaon from October to December or between March to May when the weather is pleasant. If you want to experience snowfalls, then January and February are the ideal months. Avoid the rainy season between July and September as commuting and sight-seeing becomes difficult.

How to reach Kumaon

Check out our exclusive flight offers meant just for you. Save now and splurge later!