10 Most colourful towns on earth 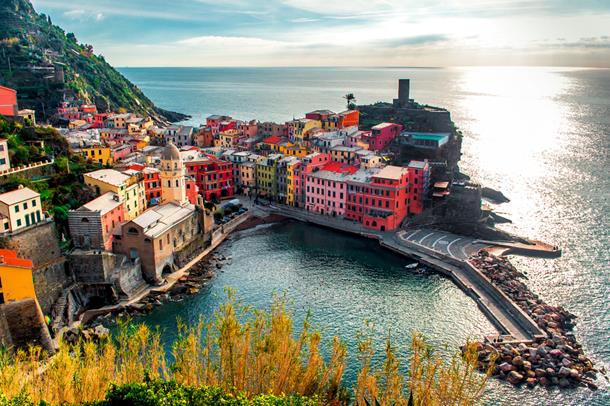 Theme: Various
Most of the colourful towns are located near the sea. A theory that explains this polychromatic behaviour is that it helped sailors identify their homes after the prowling of the night. Stacked over a clear harbour, Vernazza looks like a pretty explosion from a paint factory crowned by a tiny castle. 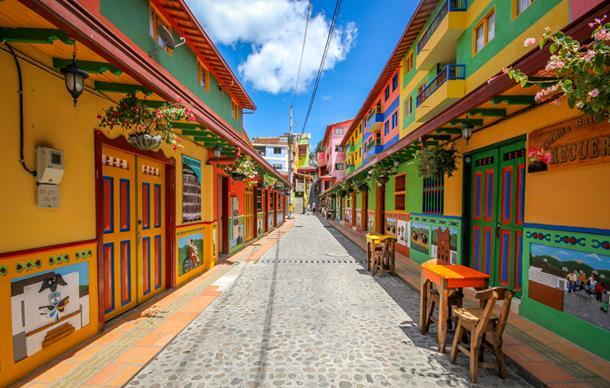 A motley of colours is splashed across the streets of Guatape in Colombia. Located on the shores of an artificial lake, Guatapé adorns paintings and fresco along the walls of its traditional homes. The seed of colour was planted here and slowly spread across that town like an epidemic. The illustrations are thought of as stories from their everyday life involving animals and people. The entire town is decked up in beautiful colours making it look like an artist’s masterpiece. 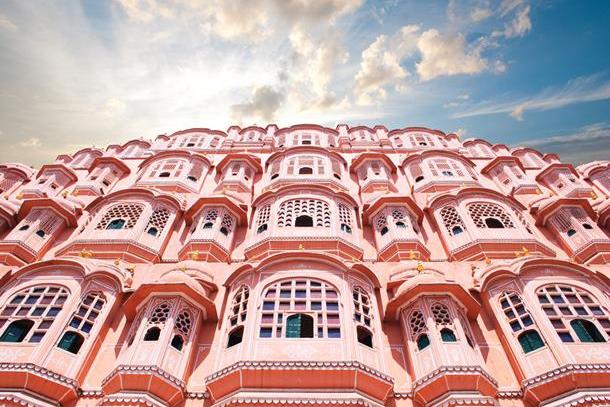 It was in 1876 that Maharaja Ram Singh painted the town pink to welcome Prince of Wales and Queen Victoria. Pink exhumes a warm sense of hospitality and so to add cheerfulness and merriness to the celebratory aura, he ordained the city be painted pink. This perspicuously explains the ‘Padhaaro Mhare Des’ spirit of Rajasthan. 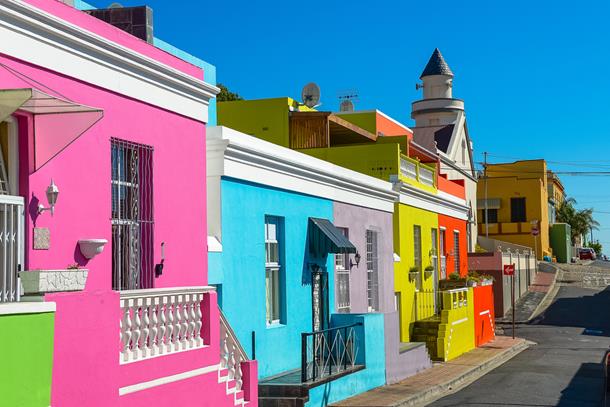 While no one is really sure why the towns were painted in rainbow hues, there are a few theories behind it. Some say those were cheapest available colours while others say that it is a way to celebrate Eid. One more legend believes that it is a symbol of South Africa’s reinvention as a ‘Rainbow Nation’. 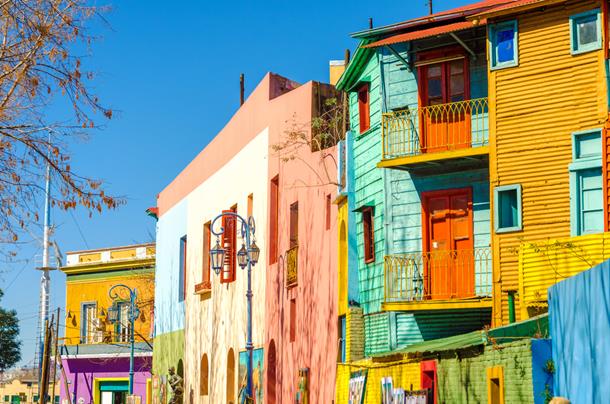 A nonchalant vibe enthrals the streets of Caminito as street artists pour their love over the walls and buskers tango for a few nickels. Over the languid, kaleidoscopic flair, the town is mainly occupied by Genoese from Italy post WWII. Legend has it that the expressive colours depict various football teams. Whilst some say that the homes were built from local shipyard scraps and painted with easily procurable colours, which also explains the colour on some shipping boats. 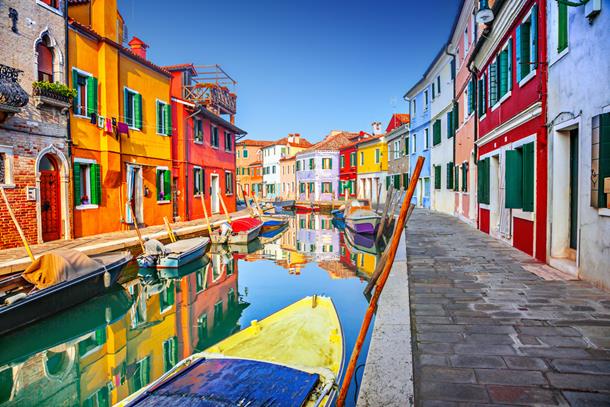 A harlequin chain of buildings passes your sight as you cruise over the canals in your pretty little gondola. Nestled in the same lagoon as Venice, Burano is a fishing village that is vividly lit up with colourful houses. The deeply coloured homes acted as a beacon for the sailors during the foggy misty after hours. What was once designed a saviour for the sailors has now become a custom. Every new house that is to be painted requires permission from the government, which will follow a certain pattern and assign you a colour. 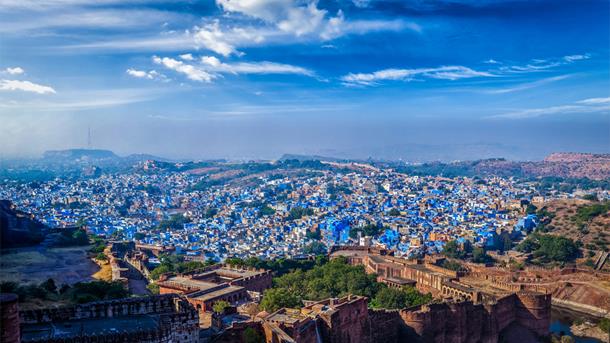 Kindred on the lines of Shiva’s skin, the High-caste Brahmins painted the town blue. Some also believe that the blue repels heat and mosquito and this is just a way to deal with Jodhpur’s insalubrious weather. The blues you get here are more like the ones that put an instant cheer in your heart. 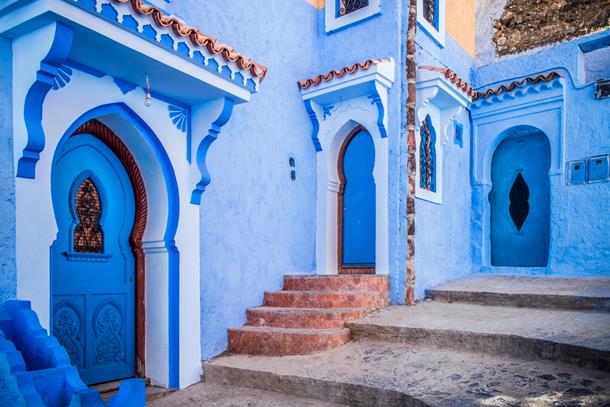 A small quaint little town in the north-west of Morocco, what makes it different from any other town you’ll ever lay your eyes upon, is the colour blue. Called as the Blue Pearl of Morocco, all the houses and buildings in this town are blue in colour. Not fifty shades of blue, but the very same shade. If you’re wondering why? Some secrets are best left unanswered. So just take in the beauty, you’ll never see so much blue in one place again. Legend has it that the town's former Jewish population favoured the colour blue for its divinity. 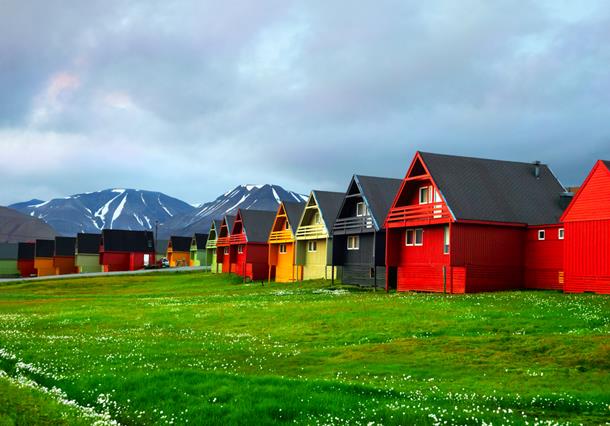 Nestled between the infinite sea and glaciers, Longyearbyen is mostly shrouded in the cold from winter. So as a gesture to cheer them up, The town council approves house colours that are inspired by the Svalbard nature. 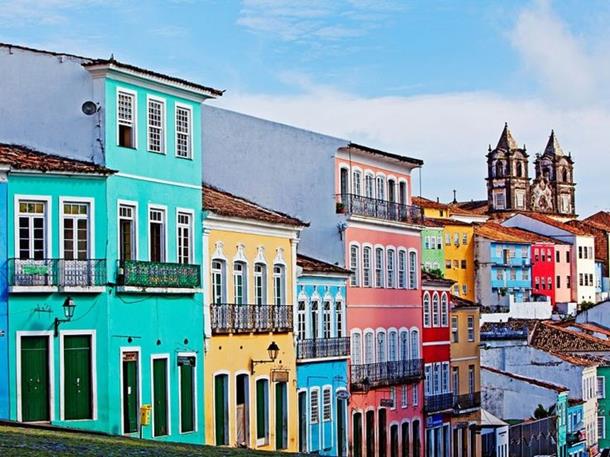 It all began in the year 1985 when Pelourinho caught UNESCO’s attention. With a powerful and emotional connect to history, Pelourinho became UNESCO’s instant favourite and got listed as an important heritage site. The efforts to rebuild the deteriorating neighbourhood began, and colour and vibrancy were instantly brought to the town.

Get our best deals on flights, holidays, visa and hotels!