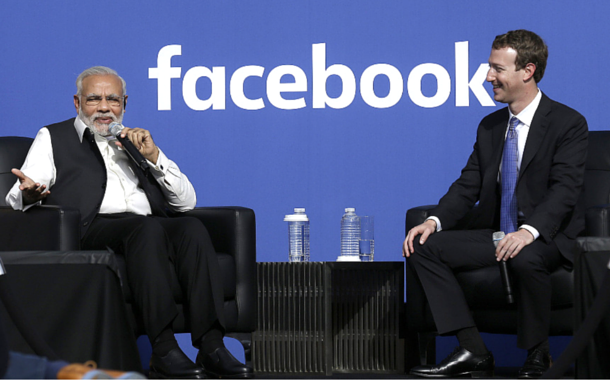 Narendra Modi, apart from being an able Prime Minister is also a true Musafir at heart. His work often finds him on journeys, visiting far and distant places. This time his voyage has landed him on the shores of America. More specifically Silicon Valley. A little something about the Silicon Valley, it’s a nickname for the southern portion of San Francisco Bay Area. Silicon Valley is the leading hub of start-up ecosystems, it’s where all the action happens. It’s also popularly known as the tech state, as lots of high-tech corporations find home here.

Our Prime Minister isn’t in Silicon Valley just to enjoy and have some fun, but to conduct some serious business, and to create history. When our fierce orator met with the man who changed the face of social media, an event was created in the pages of history, that the stars would recall for times to come. CEO of Facebook Mark Zuckerberg, welcomed Modi to his office headquarters, where many a stories were exchanged. 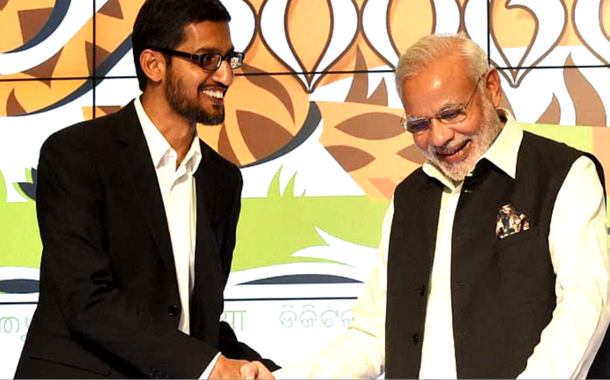 The reason for Modi’s visit has been the talk of the town. He’s there to garner financial support for his progressive campaign Digital India. The plan is to revolutionize India. You may have seen free wifi at the airports, the plan of Digital India is to increase wifi hubs all over the country and get around 500 railway stations under this plan. Not only that, the campaign includes increasing internet connectivity in the rural sectors, so that they can avail to government services that are going to be made digitally available.

Like most revolutionary plans, this campaign too has received equal amounts of flak and support. While many in India might still be contemplating their stance on Digital India, Mark Zuckerberg and Facebook is onboard, allowing people to shade their Display Picture with the tri-colour of the Indian flag, showing their support for #DigitalIndia.

Having ticked Facebook off his buket list, Modi is moving on to Google next. One only needs to look under the Google doodle, to realize CEO Sundar Pichai is onboard the Digital India train.

Travelling isn’t always only for leisure, it’s often for a good cause as well. Which is what Modi is doing. America has a lot to entice a tourist with, but not Mr Modi. He’s on a revolutionary mission, and nothing can stop him. Make Modi your travel inspiration. Get your air ticket and don’t just travel for leisure, travel for a cause.