Places to visit in India during Navratri & Durga Puja 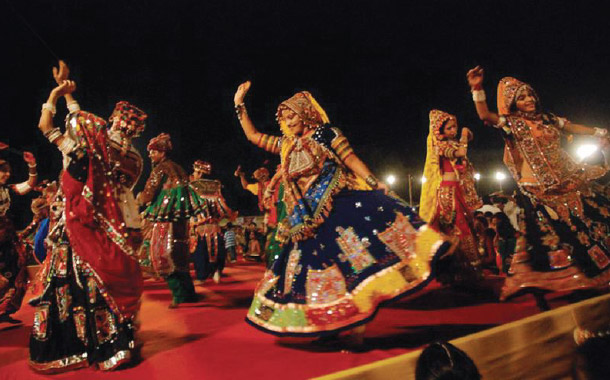 India is called the land of festivities. Round the year, the country witnesses some beautiful rituals, traditions and customs that help in binding the country together. If you are visiting the country during October, then witness the grand celebration of Navratri and Dussehra. Navratri in India is a nine-day festival, where Goddess Durga is worshipped in nine different forms. The end of the festival is marked by Dussehra, which denotes the victory of good over the evil. From North to South, East to West, the festival is celebrated across the nation with happy faces, hymns, chants, devoted souls and sweets, giving you a chance to experience the real India.

Here are 9 places for 9 days of Navratri:

Experience the festivities and traditions of the Indian culture during Navratri in Gujarat. Navratri is devoted to celebrating Goddess Durga. You will see people dancing to garba tunes with a lamp in the hand.

Spread across Ahmedabad, Surat, Baroda, Gandhinagar and even the smallest villages, the state comes alive with gusto for celebration through music, dance and food. Relish authentic Gujarati food like dhokla, thepla, khakra and much more at the time of the festival.

The state comes to life and streets are bright with lanterns and on the ninth day, married women bid farewell by splashing colour (sindoor) on each other. The idol of Goddess Durga is immersed in water. Durga Puja ends with thousands of devotes bidding farewell to Goddess Durga marking the beginning of Vijayadashami. 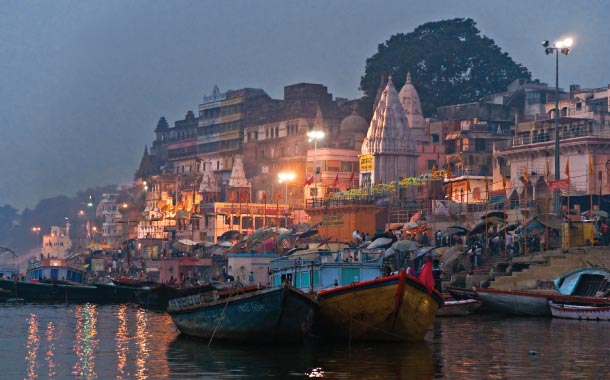 Navratri brings out the triumph of good over evil, celebrated over 10 days in a form of dance-drama called Ramlila- a traditional play that enacts scenes from the epic of Ramyana.

The ghats of Varanasi come alive with beautiful hymns of Ramcharitmanas sung over the 10 days. Varanasi reverberates rituals, traditions and holiness in the ten-day fest. The temples are thronged by pilgrims from all over the world and lights illuminate the city.

Dhalpur Maidan in Kullu Valley, where Lord Raghunath is worshipped is the epicentre of this festival. The idols of the local Gods and Goddess are brought to the ground by a procession. The end of the festivity is marked by burning a piece of wood and grass at the banks of river Beas. The ritual symbolises the burning of Lanka as occuring in holy Ramayana, denoting the triumph of good over evil. 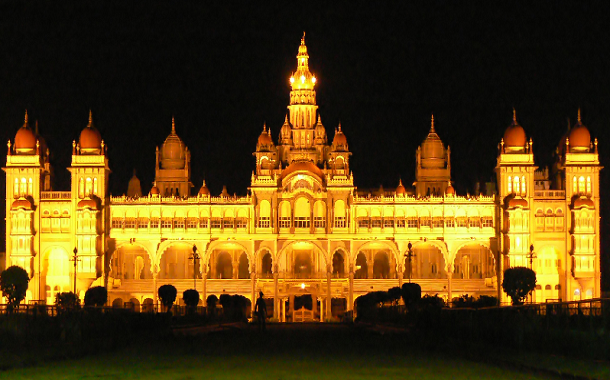 Dussehra festival is celebrated over 10 days in the Karnataka. The celebration is royal and grand, marking the victory of truth over evil. The festival has been celebrated for over 400 years; lights illuminate the complete city. The famous Mysore Palace is decorated with more than 1,00,000 lights on the festival of Dussehra, giving you a chance to en is a rare visual treat that no other city offers. Don't miss the procession of beautifully adorned elephants on the decorated streets of Mysore, which displays city’s royalty and ethnic culture. The procession is held to celebrate Goddess Durga killing the demon Mahishasura on Dussehra day.

The tribal area of Bastar celebrates Dussehra like none of the other states does. Spread over a span of 75 days, Bastar celebrates the festive season by worshiping Devi Maoli, a local Goddess and her sisters during Navratri.

Thousands of devotees and priests gather to bring the local deities to Danteshwari Temple in Jagdalpur. The idols are bought using chariots in a holy procession. The chariot is prepared by the local artisan’s using traditional tools. The procession is held between Bastar and Jagdalpur.

The oldest and one of the most visited shrines in the country of Vashno Devi is located at Katra in Jammu. If you are looking for a spiritual experience, visit Katra during the Navratri festival. Thousands of devotees from across the nation arrive here to offer their prayers. Dazzling lights beautifully decorate the city for nine days of Navaratri. Listen to the chants of Jai Mata Di filling the air.

Delhi, the heart of India celebrates Dussehra with all the joy, marking the victory of good over evil. There are number of grounds where you will find small Ravana, Megnath and Kumbkaran statues. Ramlila is performed around this area. The most famous in Delhi is the Ramlila Maidan.

In Mumbai, the nights are musical, grounds are flanked with people clad in colourful dresses and the streets come alive with the sound of music. On Vijaydashmi, effigies of ten-headed demon Ravana are burnt marking the end of evil and beginning of good.