Surprise: Goa is not Goa anymore 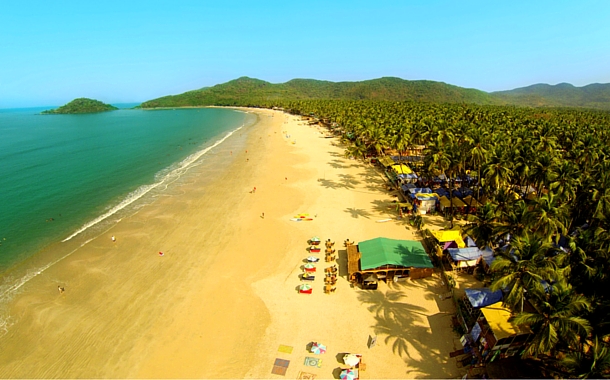 The marks of yesterday carry their bearings till today, and that’s how lessons for tomorrow are formed.

Simply put, history finds its way as a lesson and learning in each one’s lives. A lesson from passed days, becomes the back bone for the words of wisdom from those who have stood witness to the glories of the past. In the times when newer lands were getting discovered, many colonies were created, many colonists had an upper hand. Man moved from one place to another in the hope of bettering his past achievements and as a result, stumbled on cultures, traditions and ways of life far different from his own. He was mesmerised, awed and taken aback at the vivacious ways of the world, and sometimes was carried away by it.

This is the story of how little aspects of tradition, clothing, food, mannerisms, etc found their way across the world. Interaction of people from foreign shores with the locals of the colonies made more connections than what you might have on your Linked In profile!

What is even more interesting is that we have the perfect example of this much closer to home. The shores of Goa have been walked on by people from across borders. Among them, the most seen influence is of the Portugese colonists. Strangely enough, the Portugese also left their mark on Malaysia, which was one of their colonies far back in time. 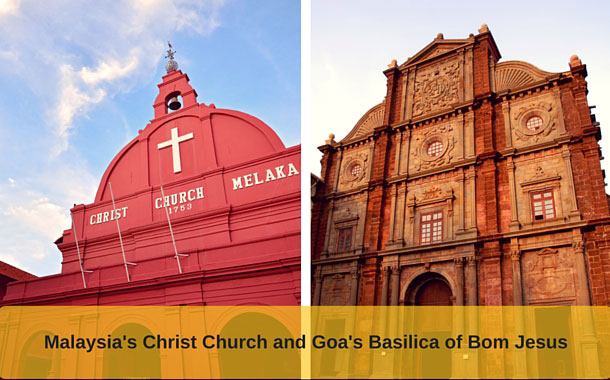 Architecture: Melaka, a little town in Malaysia is among the towns where the Portugese left their imprints. But very interestingly there are sights similar to Melaka in the Indian state of Goa, commonly known as India’s party capital. The Christ Church in Melaka is very similar to the Basilica of Bom Jesus in Goa. Both these churches are built in similar fashion: a rectangular plan, massive walls and red granite plinths. 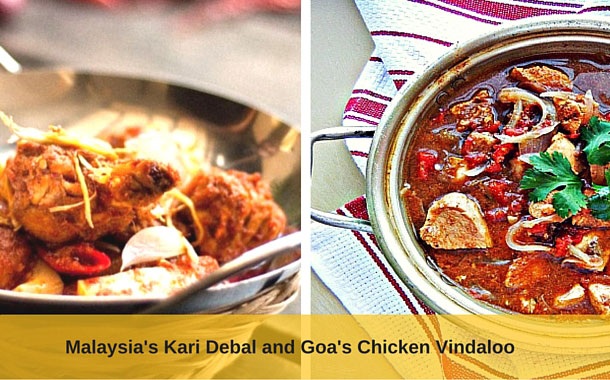 Food: Where the gastronomical world is concerned, the two worlds of Malaysia and Goa are closer than you would think. The Goan delicacy of Balchao is prepared with Prawns and marinated and cooked with whole spices, cayenne pepper, sugar and vinegar. This preparation is pickled for a few days and cooked and reduced like a dry curry. On the other shore, a similar preparation of Prawns is relished by people and is known as Belacan. Tastewise, both these prawn preparations are pungent and sour while being extremely irresistible. Another preparation that finds its rightful place on both plates is Goa’s Chicken Vindaloo and Malaysia’s Kari Debal. 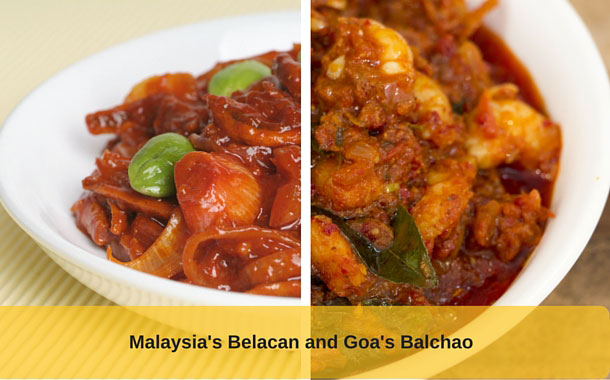 For both these dishes, the base ingredient is vinegar, which was introduced in Malay and Goan cuisines by the Portugese!

Dance: What is a party capital without a whole lot dancing? The traditional dance of Goa that is called the Goan Mando, is a way of channelising the local goans best moves into their traditions. What is interesting are their outfits, which look very similar to outfits worn by the malay locals: the torhop or the sarong kebaya. This consists of long blouses worn by women with fitting straight fit skirts.

There’s more than what meets the eye, and so only a Malaysia Tour package that is customised to cover the best of both worlds is what you need to book as soon as possible.