Malaysia holds Guinness Record for having the World's Largest Hotel 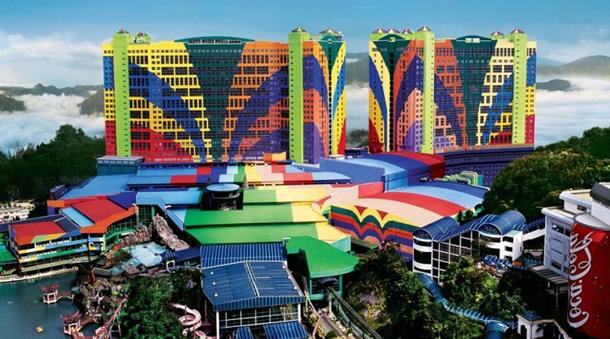 Nestled in the Genting Highlands of Malaysia, the First World Hotel and Plaza is a luxuriously furnished accommodation attached to the indoor theme park and shopping centre, First World Plaza. How often can you boast about having stayed in the world’s largest hotel? Well, here are a few facts you didn’t know about it.

1. The hotel lost its world record of having the most number of rooms to The Palazzo, Las Vegas in 2008, just 2 years after its opening in 2006.

2. In 2015, it regained its position as the 'hotel with the most number of rooms' after opening of a new block.

4. First World Hotel is the first hotel in South East Asia to launch E-Kiosk or Express Check-in and Check-out kiosks.

5. Below the hotel, is a 500,000-square-foot plaza known as the First World Plaza, which has shopping malls, arcades, dining outlets, casinos, and the Genting Indoor Theme Park.

A series of colourful images come to mind when you think about Malaysia. It is a vibrant mix of cultures, languages and has a very complex history to add to its personality. Experience all this and much more with our Malaysia tour packages.