Coffee From A Most Unusual Place

An early morning coffee is all you need to kick-start your day. The world’s best selling coffee from Bali, Indonesia is nothing less than nature’s wonder.

With islands that ooze culture, mystery, intrigue from every volcanic pore it is not at all surprising that these same qualities exist in every living thing that resides here. 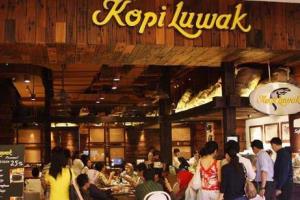 I have to admit that up until recently I had remained blissfully unaware of this particular, extremely special brew and its slow roast method of production. Only produced in Java, Sumatra, Sulawesi, and Bali, Kopi Luwak has gained worldwide fame and is currently one of the most expensive coffees on the market.

It sells for between US$100 and $600 per pound. Even more expensive than Starbucks.

Its history is closely related to the Dutch Coffee Industry but it is purely an Indonesian product born out of ingenuity and necessity; the latter being the Mother of Invention.  In the early 18th century, Dutch businessmen established cash crop plantations on Java and Sumatra and this included coffee. Exporting some of these crops back to Europe reaped a hefty return for these merchants.

During the era of the “Cultivation System”, between 1830—1870, the Dutch prohibited native farmers and native plantation workers to pick coffee beans for their own enjoyment.  The farmers, seeking to indulge in the consumption of coffee, soon learned that certain animals, and one in particular, enjoyed the bean as much as the European market did.

Species of Luwak or Asian Palm Civet would eat the coffee plant fruit. Then leave the bean intact and undigested in their droppings. The workers would  collect the Luwak’s droppings and sort through it to extract the beans; clean, roast, and grind. Thus allowing them the clandestine privilege of making the much sought after caffeinated brew.

The fame of aromatic civet coffee spread from locals to Dutch plantation owners and soon became highly regarded among coffee connoisseurs . Due its unusual process, the civet coffee was expensive even back in colonial times.

On a recent trip to Tampak Siring and Besakih Temple (Mother Temple of Besakih), I made a stop at one of Bali’s boutique coffee plantations. Guided through the plantation past dozens of different varieties of coffee that anyone would recognize in their local grocery store there was the star of the show- the Luwak.

Asleep after a long night of coffee production, this small possum-like creature was curled up like an armadillo in the corner of its tree house. The creature appeared to be well looked after but clearly not receiving to many royalty checks for it’s excretory efforts.

Unlike in the rest of the world where a cup can run up to US$50, here at the plantation you can indulge in the ultimate coffee taste-test for IDR 50,000 or approximately $5 a cup; it’s a very small cup though, more like a shot.