11 times Dipa Karmakar deserved to make the headlines, but was ignored 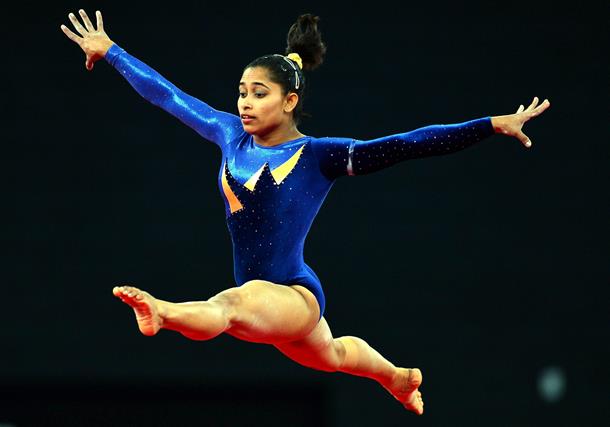 “People think that gymnastics is circus, but that will change I hope.” - Dipa Karmakar

Hailing from Tripura’s capital city, Agartala, Dipa Karmakar is India’s first ever gymnast to have qualified for Rio Olympics 2016 Gymnast Vault. She deserved your attention way before her entry to the Olympics, but was not given the spotlight. In a country where almost every sport, but cricket is ignored, Dipa Karmakar has paved her path to Olympics the hard way. While most of us lampoon over the poor facilities and bad treatment given to Indian athletes, Dipa Karmakar chose to make her way to glory against all odds.

Here are 11 reasons why Dipa Karmakar deserved to make the headlines, way before her Olympic entry.

1. Dipa Karmakar ventured into gymnastics when she was just 6-year old in her hometown of Agartala in Northeast India.

Dipa wasn’t keen on joining gymnastics; it was her father, Dulal, a weightlifting coach, who gave her the push.

2. She overcame a postural deformity called ‘flat feet’ to achieve her dreams.

Dipa Karmakar’s coach, Bisbeshwar Nandi said that she had flat feet, a condition which is not very favourable for gymnasts, as it affects the spring in their jump. They both worked extremely hard to get it rectified.

3. Dipa Karmakar was just 14-years old when she won the Junior Nationals in Jalpaiguri, West Bengal.

This was the day she decided to make a career in gymnastics.

4. Dipa Karmakar took training in the worst of all odds.

The place where Dipa got herself trained along with her coach was ill-equipped and didn’t even have a basic springboard to jump on, a bare minimum requirement for a gymnast. The place was infested and was in an ailing condition. 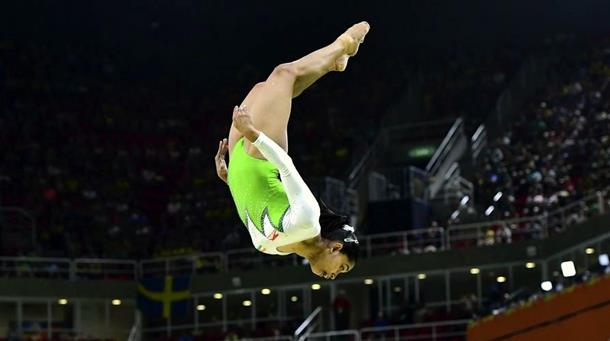 5. Despite the odds, Dipa Karmakar has won 77 medals in her entire career-span.

Out of the 77 medals, Dipa has bagged 67 gold medal spots at state, national and international level at events of high repute.

6. During the 2010 Commonwealth Games, she was inspired by Ashish Kumar, India’s first ever gymnast medal winner.

When she was a part of the 2010 Commonwealth Games contingent held in Delhi, she saw Ashish Kumar bring India’s first gymnastic medal. Inspired by his epoch-making victory she quoted, “That's when I told myself I will win it for India in Glasgow four years down the line."

7. In 2014, Dipa Karmakar was the first Indian female gymnast to win a medal at the Commonwealth Games, Glasgow.

In the 2014 Commonwealth Games, Dipa Kamakar became the first female athlete to win a medal. She was also the only female gymnast from India to have represented her country in the games.

8. Dipa Karmakar’s incredible ‘Vault of Death’ gave her the much needed 'life' that she craved for.

Being the only third gymnast to have successfully completely the ‘Produnova Vault’ or dreadfully known as the ‘Vault of Death’, Dipa Karmakar perfectly executed the vault with the highest score in the year 2015. This vault is so dangerous that if gone wrong, it can even kill someone. 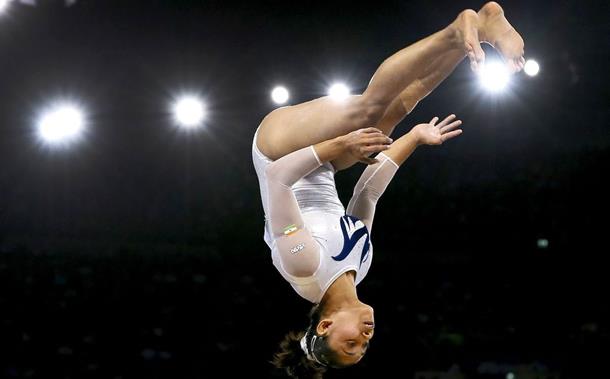 9. Training sessions for Dipa Karmakar go for as long as seven hours a day.

In one of her interviews, Dipa Karmakar cited that she trains for 7 hours, broken down in two shifts, for her big competitions. These are the most important 7 hours of her day and she follows her coach, Bisbeshwar Nandi’s instructions to the tee.

10. Sachin Tendulkar was also bowled over by Dipa Karmakar in 2014 Commonwealth Games.

Dipa Karmakar won a bronze medal and she was the first female Indian gymnast to hit a podium spot. This feat of hers garnered her praise from the God of Cricket, Sachin Tendulkar. He mentioned her name in the speech stating that he was very proud of her.

11. In 2015, she earned a bronze medal at the esteemed Artistic Gymnastics Asian Championships held in Japan.

Dipa Karmakar yet again created history and made India proud with her incessant victories.

Check out the 10 most amazing things to do in the Olympics host city: Rio De Janerio.