Shocking news: 10 Indian places are dying due to our fault 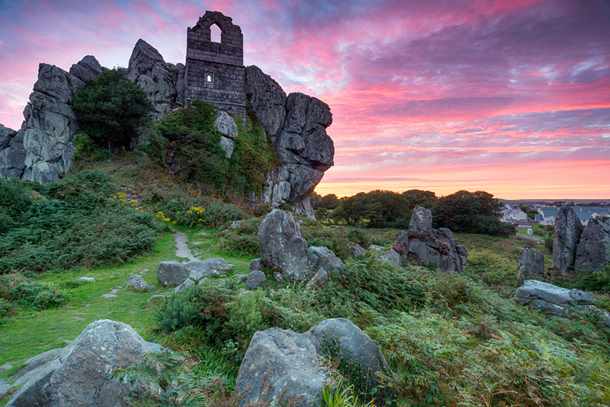 Sad, but true - a lot of places in India are dying away all thanks to global warming, soil erosion, bureaucracy, urban encroachment and much more. These places are India's pride, and we have to do all that we can to save them. Get your flight tickets to these places before they go extinct. You don't want to miss them.

Cause: Tourism mismanagement and landslides 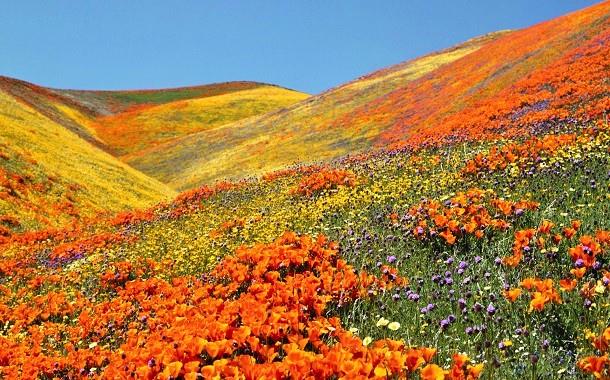 An eternal sea of flowers and colours blankets the valley that nestles in upper Uttarakhand. Valley of Flowers is a hot trekking spot in the blooming season and also a pilgrim stopover for devotees planning to visit Gurudwara Hemkind Sahib. This flock of tourists has led to a downfall of its beauty. To top it all, the region is prone to a lot of landslides, which has further led to its deterioration.

Cause: Poaching and urban encroachment 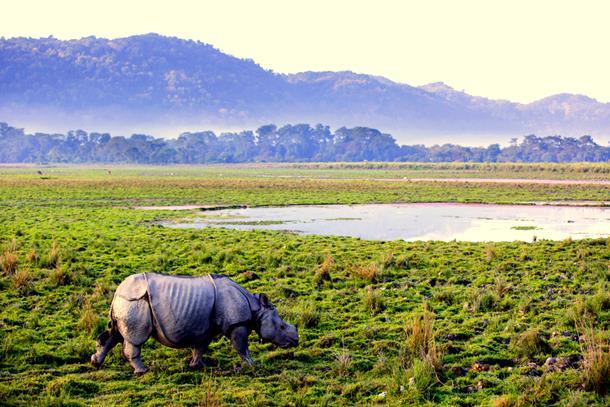 A UNESCO World Heritage Site, Kaziranga National Park is nestled in the thick furrows of forests camouflaged in Assam. The park boasts of the highest number of one-horned rhinos and highest density of tigers in the world. Nestled in the far eastern corner of India, Kaziranga National Park is a land of primeval beauty, where rhinos, Assam’s tourism mascot, move around freely in its grasslands. This national park is a less-explored land, yearning for some of your love, yet some illegal poaching has drastically reduced the number of one-horned rhinos. Urban encroachment of habitat is also reducing the total area of national park. 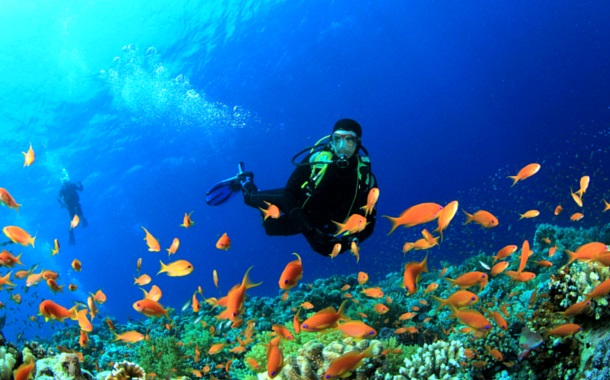 Lakshadweep is a beautiful island lying off the western waters in the Arabian Sea. The sea is so mesmerising and playful that the waves dance along the rhythm of the light breeze, and as you look at the deep blue ocean, your mind sails off in serenity. Lakshadweep is a place where you’ll be lost in its vastness; it is a peaceful and quiet getaway. However, the excessive amount of blast fishing, coral mining and rising sea levels due to global warming have endangered the beautiful coral reefs and its marine life.

Built in 1156 by the Rajput King Rawal Jaisal, Jaisalmer Fort is India’s last living fort, as it’s still occupied by around 2000 people. Rajputs - the traders, the warriors were quite a men of taste. They were great aesthetes of art, which reflected on the grandeur of their forts. Jaisalmer Fort is not any different, but only better - the main gate is carved out of rosewood and the sandstone walls are sun-baked to perfection. The interiors boast of intricate embellishments and lattice work adorn the fort walls. Broad walkways look psychedelic with iterated scalloped arches and marbled floors bear dainty floral designs. Jaisalmer Fort is grandiloquently detailed that it takes even the greatest art connoisseur by surprise. Today, the fort is sadly emblematic of the plight of poorly built sewage system. The water leakage has damaged the fortifications and lead to its mournful crumble. If Jaisalmer Fort is not maintained, we might lose another UNESCO World Heritage Site. 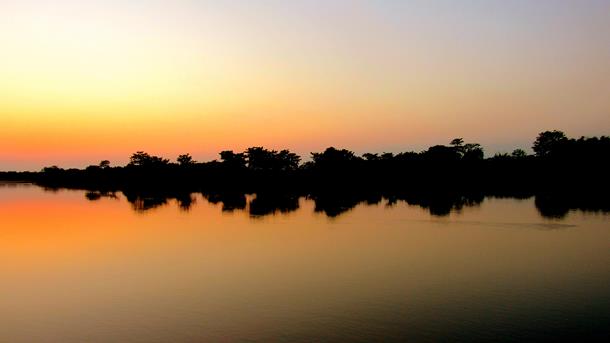 Renowned as the world's largest river island, Majuli embraces a quaint village life with a finespun charm that evokes a soothing emotion. Its inconspicuously simple lifestyle blends with its charismatic, beautiful surroundings. With ethereal landscapes and variegated wildlife, Majuli is surely an offbeat experience that soothes your soul. Alas, all the beauty and charm of the island is shrinking because of erosion! Earlier the beauty of the biosphere was around 1,250 square kilometres, but today only 352 square kilometres of it remains.

Cause: Animal-human conflict within the region 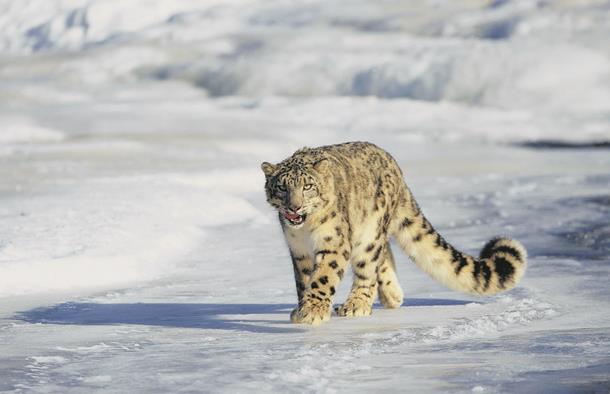 Nested in the eastern corner of Ladakh, the hero of Hemis National Park is the white wild cat, the snow leopard. This beautiful and endearing national park passes through some roadless villages and Markha Valley. While it proclaims to be the best place to see the snow leopard, their number is slowly diminishing. The park houses the historic Hemis Monastery as well. It may not be too long before all of it is gone. So we recommend that you visit it before it dies off.

Cause: Neglect, ageing and seismic shocks 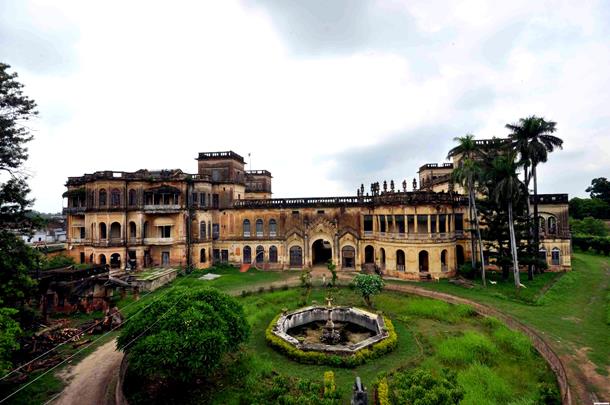 Part of a 20-acre complex of Qila Mahmudabad Estate founded in the year 1677, Kothi is a classic example of Awadhi architecture. Kothi was an administrative and residential abode for the kings of Mahmudabad throughout the Mughal era. Although the fort was majorly pulverised by the Britishers during the 1987’s First War of Independence, it was immediately restored using its original plinth. Kothi now hosts Urdu and Arabic books of the finest grade and attracts scholars of art, literature and poetry from all around the world. Today, a harsh and unruly combination of neglect, ageing, and seismic shocks has left the place in a vulnerable state. 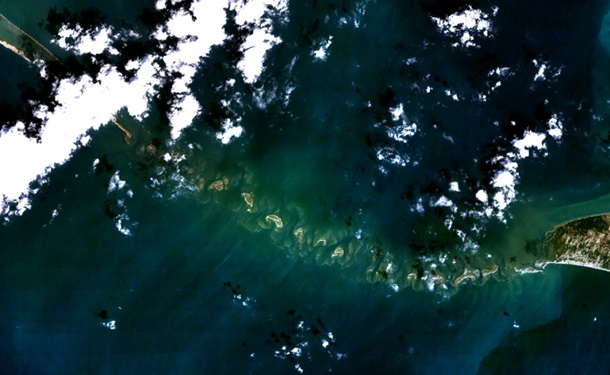 Rama Setu is a chain of limestone shoals that link India to Sri Lanka. There is evidence that this bridge was completely above sea level, until a cyclone took it away in 1480. The legend of Ramayana claims that the bridge was built by Hanuman’s army of monkeys. Whatever the legend be, Rama Setu or Adams Bridge is threatened by a possible canal project. This million dollar Sethusamudram Shipping Canal Project may destroy Rama Setu forever. A lot of religious protests have put the project on hold for time being. But you never know, so before it’s no more, grab a peek of it. 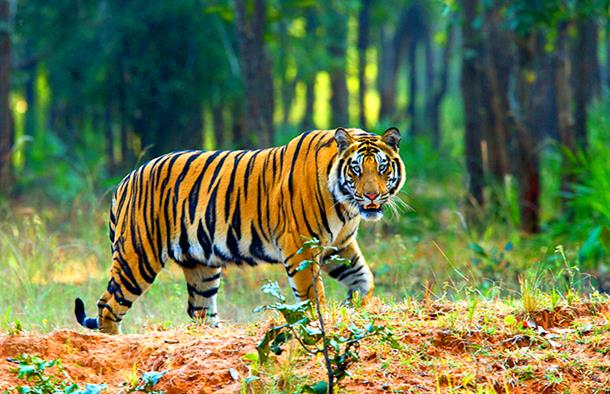 Home to the endangered Bengal Tiger, Sundarbans is a verdant forest reserve that is sadly giving away to global warming. It has also been accorded the status of UNESCO World Heritage Site due to its unique biodiversity. With the world’s largest mangrove forest, the Sundarban Delta is a low lying region, because of which it lies in the risk of getting submerged in water. The rising level of water due to global warning might just drown away the region sooner or later.

Cause: Local politics and bureaucracy 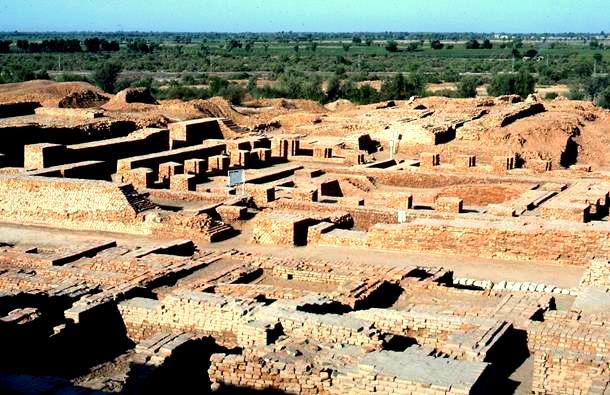 The largest found Indus Valley Civilisation, nestled in the Hisar district of Haryana, Rakhigarhi unearths a realm that existed way before 4600 BCE. It opens up your eyes to a whole new world from the Bronze Age. The excavations from the site have been stored at Rakhigarhi Indus Valley Civilisation Museum which include precious stones, gold, jewellery, fire altars, toys, seals, drainage system leftovers, paved streets and terracotta bricks. Sadly, this archaeological brilliance is subject to local politics and administration mismanagement. A CBI investigation further probed that the funds allocated for the archaeological project were misappropriated. Like all this was not bad enough, there’s news of artefacts being stolen as well.