Do you dare to visit Paris' City of Dead? It has around 6 million dead bodies

Under the French capital lies miles and miles of hidden underground world, a world with caves, tunnels and cemeteries. These catacombs have also been used as hideouts during the WWII. The Nazis also created bunkers in this underground city of death.

What will you see here? 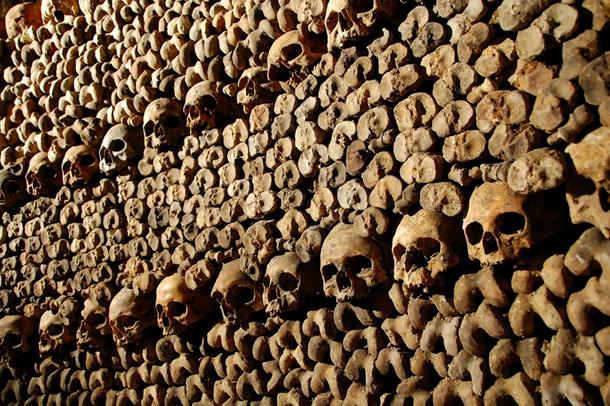 There is an interesting graffiti from the French Revolution as well. While you can explore some part of it on foot, there are many secret entrances to the tunnels that not many know about. La Plage (or The Beach) catacomb has a Japanese graffiti that looks very bright and welcoming for a cemetery.

When and why were the catacombs of Paris built?

In the 18th century, the mass graveyards in Paris were crammed with bones. In order to address this concern, the bones were exhumed, meaning dug out, and moved to the former subterranean quarries. This entire process took a dozen years’ time for the completion.

How big are the catacombs? 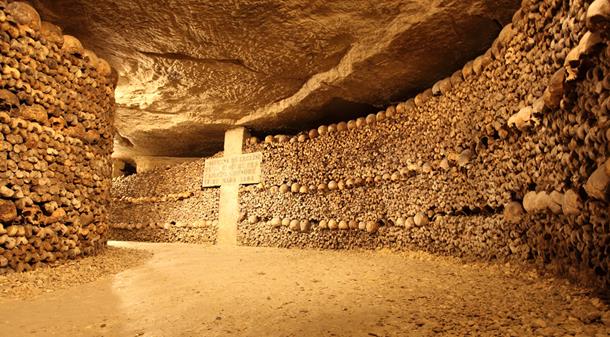 The entire network of catacombs is said to be of 200 miles, consisting of cavers, tunnels and quarries. The estimated number of bodies to be arranged in this space is between 6-7 million.

These catacombs have been illegally explored and exploited in equal measure by local urbanites; they’ve used the walls as a canvas and spilled their creativity on it. It is illegal to enter this space and you could be answerable to law, if caught doing so. An illegal explorer of the catacombs is called a cataphile. There have been many known cataphiles in the past. These cataphiles swear that there have been traces of secret concerts happening down there.

Can you go and visit the catacomb?

You can legally explore the underground cemetery that is open for public sightseeing. Here you can see the bones of 6 million people along walls, behind glass cases, arranged into skull and shin bone designs.